ETHNOS website was born in May 2003 from a project designed to re-create on the Web the atmosphere and assortment of products which, since December 1996, have been sold in the first ETHNICA shop based in Verona (the Italian city famous for Romeo and Juliet).

Since then we have opened  Bottega dei Monili  which has been at the forefront of e-commerce for ethnic jewellery in Italy for several years. We have also increased the range of products which we import directly from more than 15 Countries, and we sell them wholesale throughout our Ethnic Trade Sector. 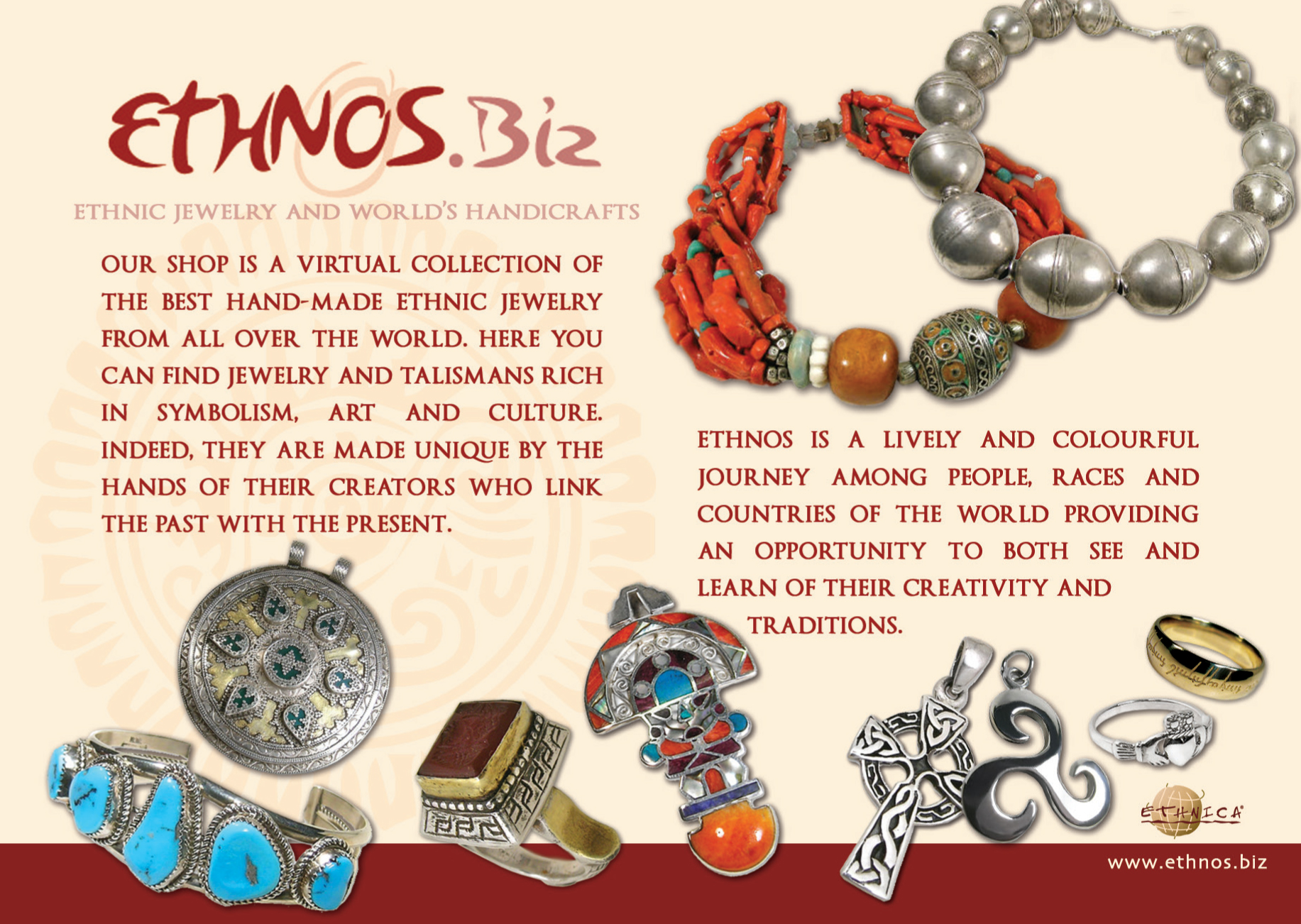 What inspired us to begin this activity and to specialize in the importation and distribution of ethnic jewellery was the belief that this type of artistic jewellery represents a part of history, culture and symbolic and religious traditions. Consequently the jewellery is presented in its own particular significant context with a clear explanation of its meanings.

The jewellery of Native Americans, the reproductions of Celtic symbols, the forms of Tuareg craftmanship, the harmony of Oriental creations or the mistery of the Mayan, Inca and Aztec talismans , all tell us something of the uses, customs and beliefs of those who created the jewellery in the past and those who make it today.
The gift of recreating its natural beauty lies in our hands. 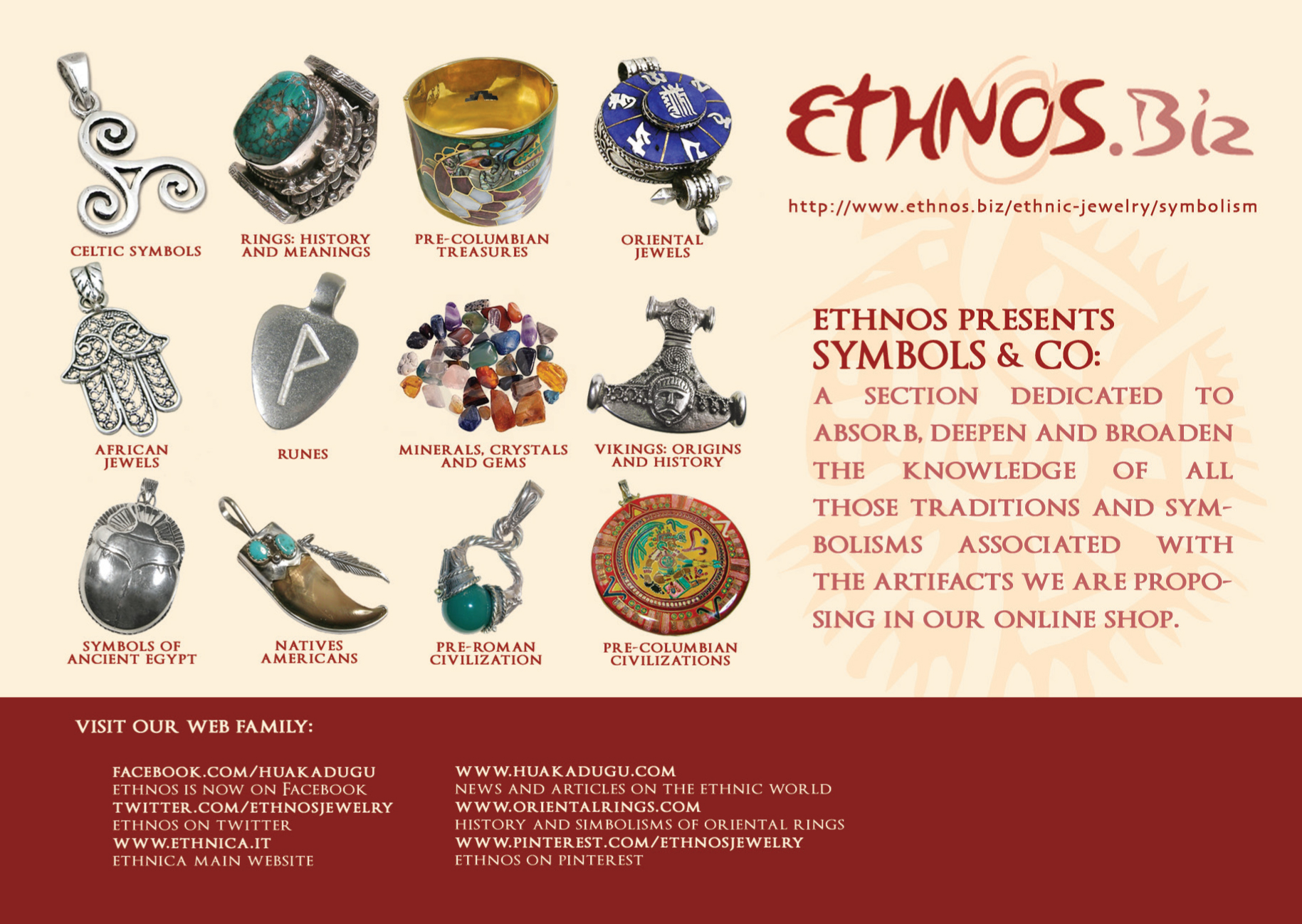