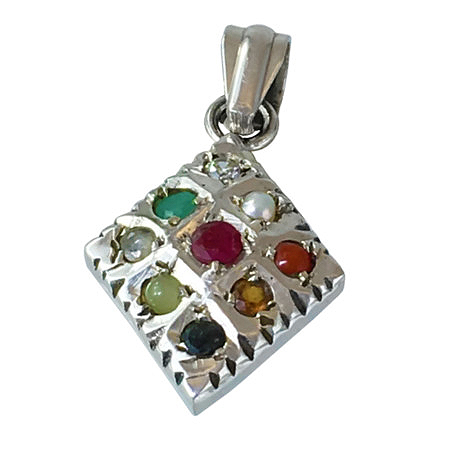 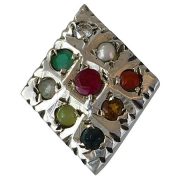 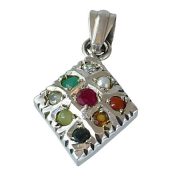 Traditional ‘Nava-Ratna’ Pendant, which floral pattern recalls the classic design of a Mandala.

Navaratna is a Sanskrit word meaning Nine Gems. The jewels and talismans created following this particular design are believed to be sacred all over Asia, regardless of religious or cultural differences.
All Navaratna jewels possess positive powers linked to the forces of the Universe, reason why they are believed to bring balance, happiness and wealth, and why they are often used as wedding gifts.
The traditional setting arrangement for the nine gems wants a Ruby in the centre – which represents the Sun –surrounded (clockwise from the top) by a Diamond (Venus) or a Hyaline Quartz, a natural Pearl (Moon), a Red Coral (Mars), an Hessonite (Rahu, the ascending node of the Moon) or a Citrine Quartz, a blue Sapphire (Saturn), a Cat’s Eye (Ketu, the descending node of the Moon) or a Moonstone, a yellow Sapphire (Jupiter) or a Citrine Quartz and an Emerald (Mercury).

Learn more about the Nava-Ratna 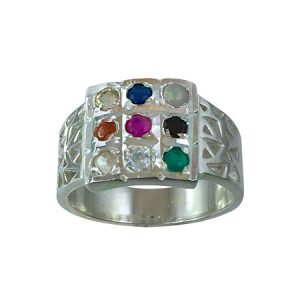 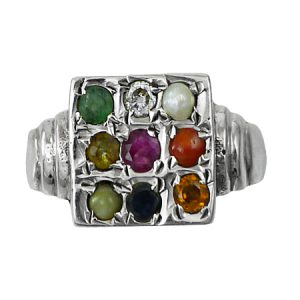 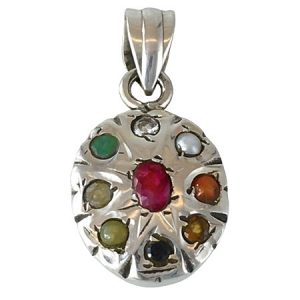 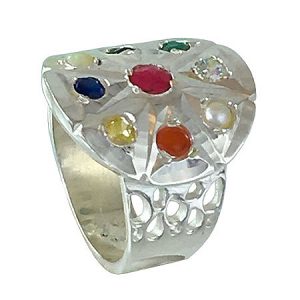