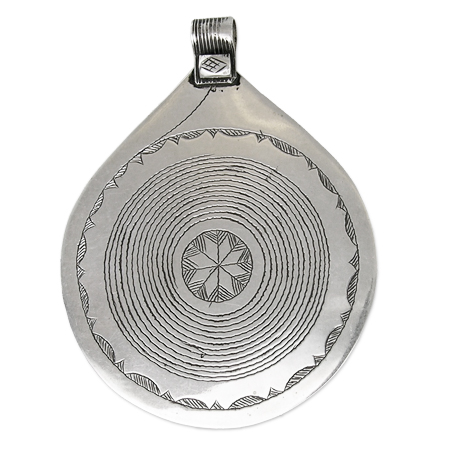 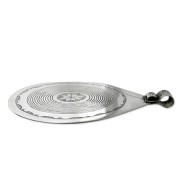 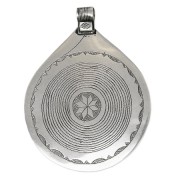 Tuareg silver Pendant of considerable size engraved with a delicate spiral of Berber influence. The spiral is the symbol of Eternity and one of the most universal motifs that can be found in ancient cultures as well as modern ones. This one has been made with great skill, with it being so thick and well defined.
These kind of pendants were originally threaded together – up to 30 of them – on a unique necklace, alternated to discs of Amber or Silver.
The Amber, which has always been regarded as a protective amulet, proved fundamental in the process of keeping evil away thanks to its yellow shades that evoke the sun beams that keep away the spirits living in the shadows.
The Silver parts were considered the purest, with Silver itself representing purity and frankness. 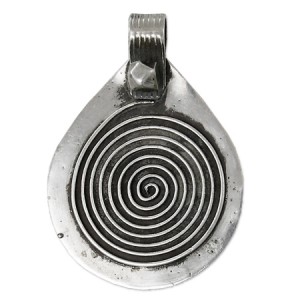 African Lace made with threads of vegetable fibre