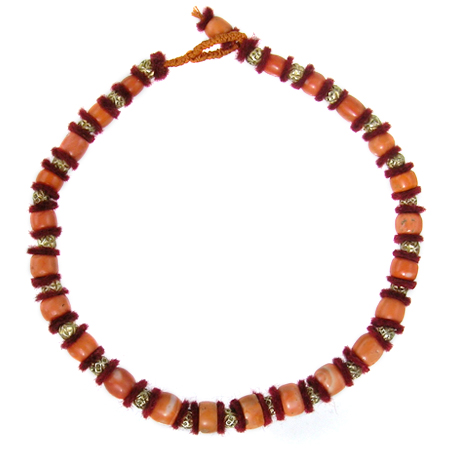 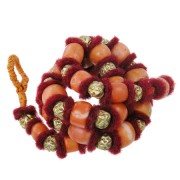 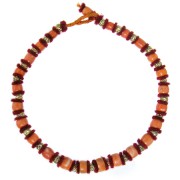 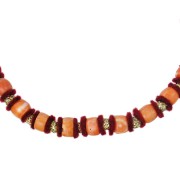 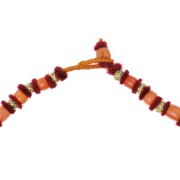 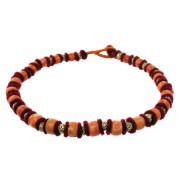 Beautiful and unique Nepalese manufacturing Necklace made of old items such as beads of coral and spacers in terracotta covered with gold foil, all alternated with red felt useful to preserve the individual pieces from rubbing.
The closure is made using a coral bead as the button while the buttonhole is in thread, simple, safe and soft on the skin.

In the ancient tradition of all the Himalayan countries, the coral has always had considerable importance for its healing properties and its ability to ward off negative influences.
For centuries it was traded on caravan routes between east and west, wanted for his magic and talismanic virtues, for its ability to give strength.

For Buddhists the color of the coral is connected to the fire and its burning light, and combined with the turquoise, symbol of air and energy, forms a perfect combination of natural forces.

The coral is also considered a powerful protection for women, because its color evokes the blood, feminine essence par excellence and an emblem of life itself. 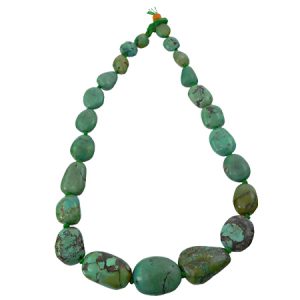