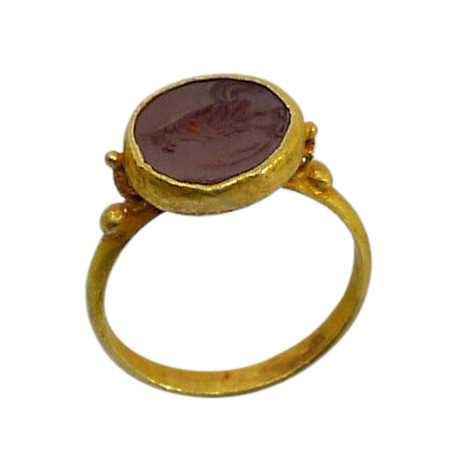 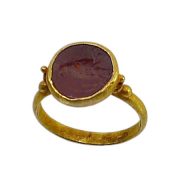 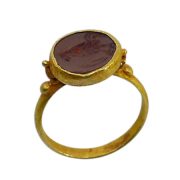 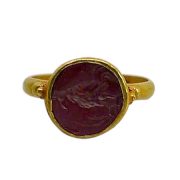 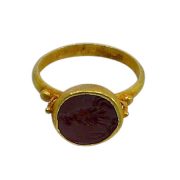 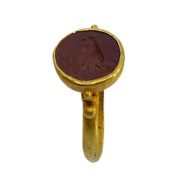 Very simple Ring in 18k gold – Persian goldsmith – faithful reproduction of a model dating back to the era of the Seljuk empire, which dominated from the XI to the XIII century the area that extends from the Hindu Kush (mountain range between Afghanistan and Pakistan) until to Eastern Anatolia, also including ancient Persia.
A seal is a carnelian stone engraved with a fairly clear representation of a bird with a rapacious appearance, probably Simurgh, who according to Persian mythology lived on the tree of seeds, from which the seeds of all the wild plants were generated, placed next to the tree of immortality (according to some scholars, the tree was instead the tree of science, compared to Yggdrasill of Scandinavian legends).
The Simurgh, falling on the tree, made the seeds fall to the ground. Its feathers had magical and thaumaturgical properties and its wings, when unfurled, created a thick haze on the mountains. It usually lived on top of inaccessible Caucasian peaks and similarly to the Garuḍa bird, he hated snakes and fought the Nāga (half-man and half-serpent). 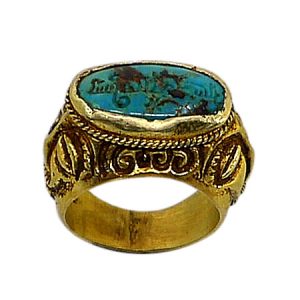 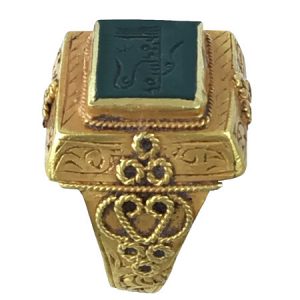 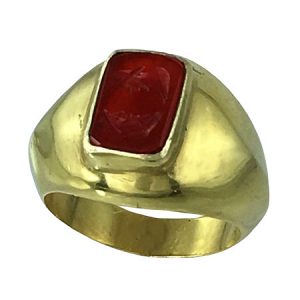