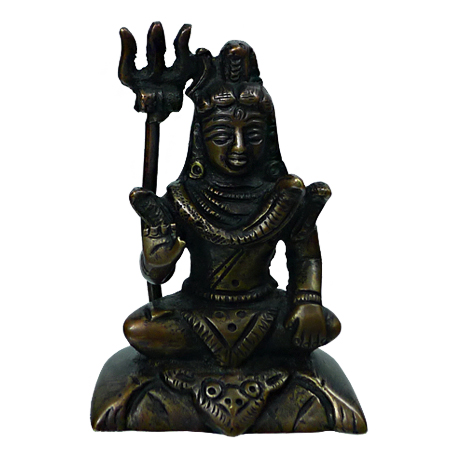 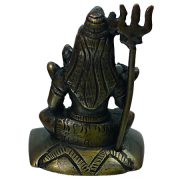 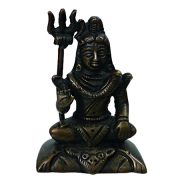 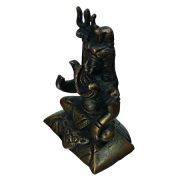 Bronze statue depicting Shiva, one of the main Hindu Gods.

Shiva is a Hindu God. He is the destroyer and regenerator. He is believed to have three forms; Natraj the God of Dancing skill, an anthropomorphic form and the lingam form. In front of any Shiva temple, one usually sees a statue of Nandi, the divine bull that serve as Shiva’s vehicle. In anthropomorphic form, Shiva is depicted with his consort Parbati and usually holds a trident and a small drum. Another popular form of Shiva is the terrifyng. 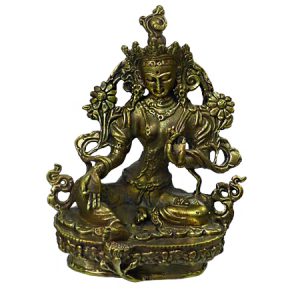 Tibet | small Statue in bronze of the Green Tara 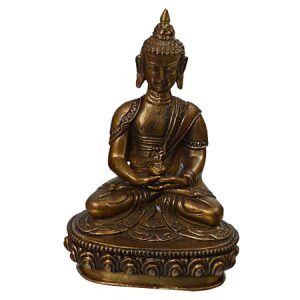 Statue of Amitabha – the Buddha oldest among the Dhyani Buddha 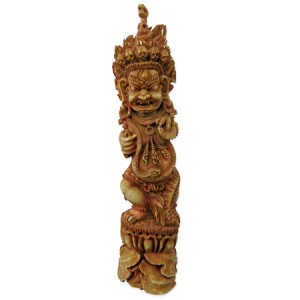