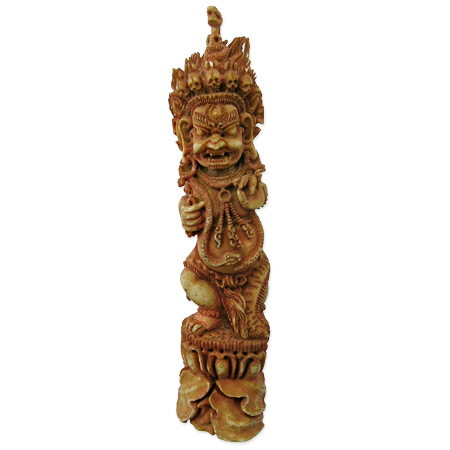 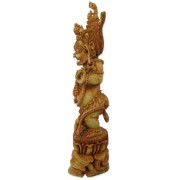 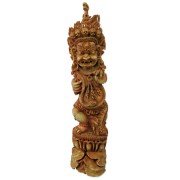 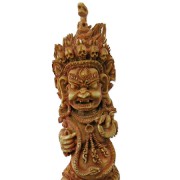 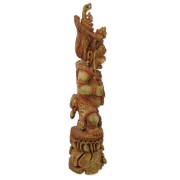 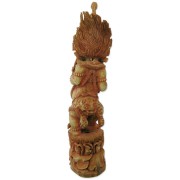 Amazing small statue in bone carved by hand depicting Bhairav, one of the manifestations of Shiva linked to destruction.
Sacred to Hindus and Buddhists, Bhairav is known in India – especially in Rajasthan and Tamil – Nepal and Tibet.

Bhairav is the most terrible form of Shiva, one of the major Hindu gods, who also can manifest himself in different forms.
Represented naked, dark blue or black but white in ritual paintings, Bhairav is adorned with serpents that are wrapped around him as necklaces, bracelets, anklets and earrings. He wears a tiger skin and can have a ritual robe made of human bones. His eyes are spinning, he often has many arms but only one head on which he wears a crown with five skulls.
To him are addressed the first prayers in the morning, just after dawn, and in the tantric religion he is the expression of mystic momentum, the impulse, the anger that joins the fulfillment.

Object of great value and highly sought after, collectible item, this piece is the result of the highly skilled artisan who carved it, able to reproduce the smallest detail of one of the figures with the vastest iconography, much loved and revered and so abundantly represented but not always this admirably. 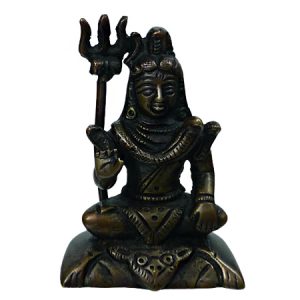 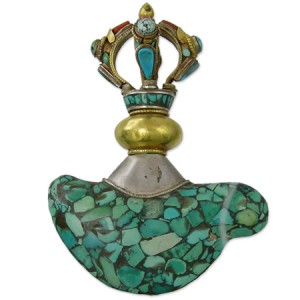